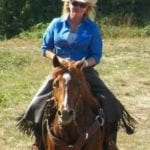 Creator of 40 Something Cowgirls, 2010.
Though never a Rodeo Queen, Kristi jokes that her very first job, in the early eighties, as Cinderella at Walt Disney World in Orlando, FL helped prepare her for the “Queen of Queen’s” role she holds today, tiara and all!

From Disney World to the owner of 3 retail businesses in the 80’s and 90’s to Community Development and Grant Writing, Kristi’s past professional careers provide a vast array of experience and wisdom that would prepare her to embark on this visionary cowgirl movement.

Supported by her husband of 20 years, her family and faith, Kristi’s vision is to change the lives and mindsets of horsewomen globally. To encourage adventure and personal growth through positive empowerment and support in a positive global sisterhood.

More comfortable in jeans and boots, on the back of a horse, Kristi has had horses for most of her life. Though she loves and appreciates all breeds and disciplines, her passion is that of the working Quarterhorse, specifically, “cow horses”. A competitive horsewomen, Kristi’s interests, (not surprisingly) includes everything horse and cow related; Ranch Cutting, Ranch Sorting, Competitive/Extreme Trail, Cow Horse Classes, Cutting, etc.

Kristi and her husband Ted own and operate the Lazy TK Ranch in Breckenridge, TX. Established in 1999, the Lazy TK is a horse and cattle operation located in southwest Stephens County. The Lazy TK  also provides vacation rentals for guests and hosts a variety of events throughout the year, including the 40SC Annual Royal Retreat. 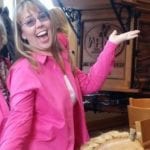 Founding Princess of the Salem, OR chapter, Rhonda became a member of 40SC in January of 2011 and began her position with Headquarters in April of 2014. She is a 2004 Graduate of Portland State University with a BS in Social Sciences; focus areas, Psychology, Sociology.  She continued her education at PSU and was accepted to the Conflict Resolution Master’s program where she found a deep interest in Interpersonal Neurobiology.

Interesting facts about Rhonda, she has 4 fur kids (dog, cat, and 2 horses). She has owned horses nearly all her life and has ridden many disciplines.  Currently she enjoys going on trail rides, competing in ranch sorting, and exploring new events with her 40SC friends.  She is an Air Force Veteran, spending her tour as a Machinist and Welder on a cargo aircraft. Her love of all things sparkly came from her time as a rodeo queen and running with a professional rodeo drill team for nearly 15 years. 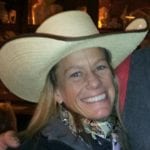 Founding and residing Queen of the Breckenridge, TX chapter, Jodie has been a 40SC member since 2015. Jodie joined Headquarters staff the fall of that same year. 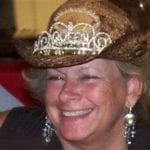 Founding Queen of the McMinnvlle, OR chapter, Kim was also one of the original 13 members that formed 40 Something Cowgirls in May of 2010. Currently a resident of Breckenridge, TX, Kim can be reached, most days, at Cowgirl Headquarters. 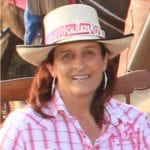 Founding Queen of the Agua Dulce, CA chapter, Cindy joined 40SC in 2010 and remains an active member today.
Cindy writes: “Horses have been my “thing” since a small child, highly allergic to horses, it took a lot of hard work to convince my parents into purchasing my first horse, “Pebbles”.  Cindy and her husband have their own business in their little town, American Water Well.  Cindy has two sons who are both married to fantastic young ladies and two beautiful grandchildren.  Currently she has two horses, mostly trail rides these days but recently she has purchased a new horse and is considering taking reining lessons with hopes to hit the show ring soon.  Cindy has dabbled in cutting horses and loves to sort cattle, unfortunately there just isn’t much for cattle in her area any longer.  Cindy started the Cowgirls chapter in 2010 with about a dozen cowgirls and has grown it to over 70 members.  Cindy writes: “We have a wonderful time doing various activities and have definitely made some life long friends thru the organization in my own chapter as well as some of the other chapters.”

Welcome to our website! Be sure to login for your Members Discount!.Find out more about becoming a member or Log in if you’re already a Cowgirl!